Poor old Southampton. She’s a wreck, really. Toyed with over the centuries by flighty dilettantes, eager for salty cures, or quick ways to get somewhere else, somewhere further away; bombed insensible in the war and rebuilt by a team of men in blindfolds; ongoing building works by arse that seem to have no sense of size or shape or of what elbow is doing on the other side of the city. Her roads are like clogged capillaries. Nowhere seems to lead to anywhere else. Everything feels molecular, isolated. A series of traffic lights with the odd island of interest, that you only happen upon by chance. If you’re into bad analogies, you might describe it as like a shit website: unnavigable, lurid, shot through with hard to digest information, the loudest parts getting the most (false) attention. And yet.

The trick, as usual, is to walk. Start at the common, which lays across the north end of the city like a giant green lung. Pick between the strange silences of the old cemetery. Wander across the university campus and gag with vertigo beneath Basil Spence’s Faraday building and the concrete calliper of Stoneham Tower (and the allegedly Hawksmoor designed Stoneham House next door). On a match day drift with the crowds across the railway to the New Dell and beyond to the Itchen Bridge (don’t jump). Walk the 14th century walls; take in the pubs of the old town. Stand at the docks and watch the cranes knitting the sky. The ships as miniature cities, the containers suburbs, exurbs. Stand on the prow of Wyndham Court, a vast stone cruiser, lost in the centre of town. Pitch out onto Town Quay where the eye blanches under seashone light, bouncing off rolled metal, cruise ships, Fawley belching smoke in the middle distance; opposite, Marchwood and Dibden shores ripple, low slung and malarial.

Most of all just look: the eye eventually makes sense of the plurality, or more likely just falls into acceptance of the ragged layers of history and modernity clinging together, afraid to let go lest the whole thing fall into the unimaginable depths of Southampton Water. I walked one Saturday, from the station through the old town, along the shorefront, over the Itchen Bridge, along Weston Shore, through Royal Victoria Country Park and on to Hamble with its ridiculous clamour of wealth and clanging yacht poles. It was the close of summer; a day as much about the sky as anything – high, and fierce with blue and storms that never broke. I took some photos on my phone. Excuse the blur; it was that kind of day. 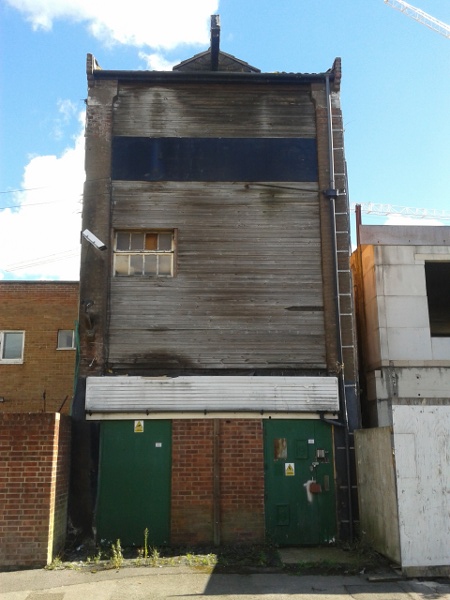 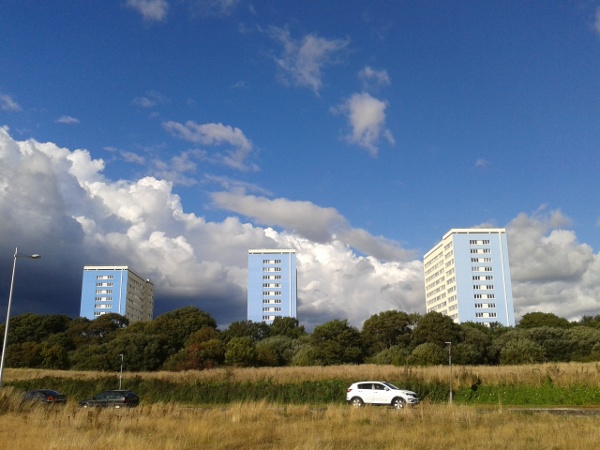 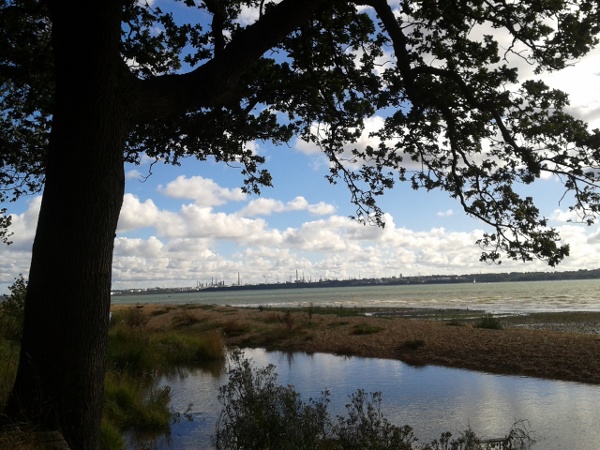 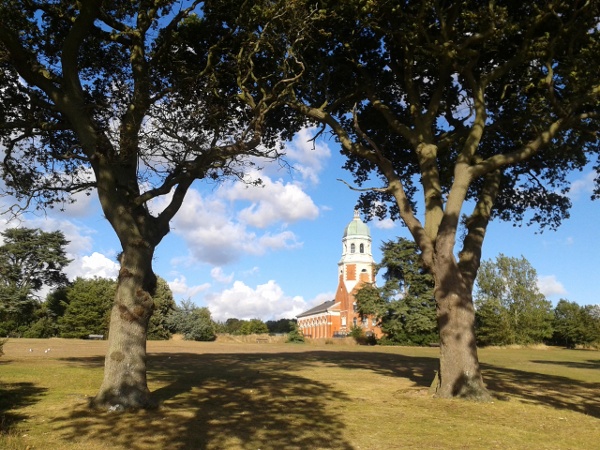